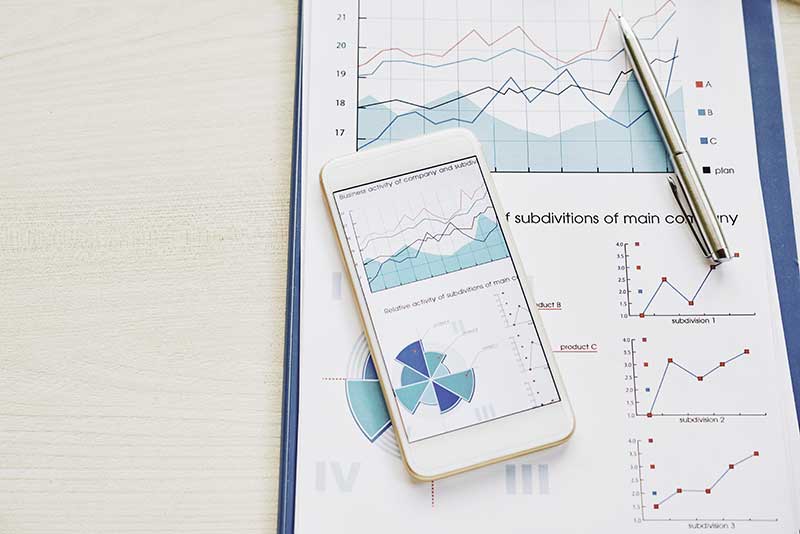 Highlights in 2019
5 M&A transactions
The first highlight of the year was the acquisition of ReachHero GmbH in February 2019. With the acquisition we were able to expand our product portfolio in the area of influencer marketing. Today, we offer the entire product portfolio of ReachHero as well as of Mediakraft (also Influencer Marketing) and adspree (marketing agency) under the brand Media Elements Group and thus have a 360 degree product portfolio in combination with proven know-how and many years of experience in the international environment.

At the beginning of April, WildTangent Inc. was the next acquisition by our subsidiary gamigo AG. After the acquisition of Trion Worlds in 2018, we were able to further strengthen our position in the world’s largest games market with the acquisition of WildTangent Inc. based in Bellevue, USA. The integration processes of the two acquisitions were largely completed during the course of the year. This is also shown by the extraordinarily good figures of the gamigo Group at the end of the third quarter. EBITDA and EBIT after only 9 months were already significantly higher than the figures for the full year 2018.

With the acquisition of AppLift GmbH and PubNative GmbH in June, we have further strengthened the Media/Digital Advertising division, especially in the mobile segment. The two companies offer a high added value for MGI’s gaming division through efficient customer acquisition and benefit at the same time from the advertising space in the games. Following restructuring measures and a realignment towards more transparency and quality, both companies show a significantly positive development.

At the beginning of December, PubNative GmbH took over the development department as well as various assets of TVSMILES GmbH, thereby strengthening its monetization platform and its pioneering role in the video and rewarded video sectors.

The effects of the acquisitions in the media sector will only become fully visible in the second half of 2019, as they had not yet been consolidated as of 30 June 2019 or had only been consolidated for a very short period of time.
EUR 47 million financing raised
2019 was also a very successful year for the MGI Group on the financing side. In total, we have raised equity and debt financing in the amount of about EUR 47 million, which illustrates the strong and long-term confidence of the institutional capital market in our work.

Due to its excellent performance, gamigo was able to increase its Nordic Bond placed in October 2018 by a further EUR 18 million above par during the first half of 2019.

In July, we were able to announce a capital increase of EUR 9 million and further debt financing with a total volume of EUR 15 million. Which was followed in October by the placement of the MGI Bond in the amount of EUR 5 million (with a total framework of up to 25 million) with institutional investors.
Recent operational development in our subsidiaries
Gamigo Group focus on organic growth

• On October 15th, ArcheAge: Unchained (AAU) was successfully introduced to the public via our Glyph platform, followed three days later by the release on Steam where the game was listed in the top selling games list for several days. ArcheAge: Unchained is the new buy2play version of the famous ArcheAge, which was originally released as a free2play title on the PC.
• Rug Tales, an imaginative game by Gamigo and Purple Hills, has won the first place TOMMI award. The game was chosen by a children’s jury who claimed the game’s sympathetic characters, unique setting, challenging puzzles, and colorful graphics “makes you smile again and again”.
• Gamigo released its first in-house developed content update for its highly-acclaimed MMO Trove. “Into the Deep” features new world bosses and general updates to the Adventure System.
• The game Desert Operations has been on the market for over 9 years now. Despite the aging graphics, the game still generates substantial revenue, with over 80% of the revenue being generated by players who have been in the game for 5 years or more. In order to attract more new players to the popular strategy game, gamigo has completely updated the game’s graphics and added new content. During the work on the Reskin, active use was made of the experience and feedback of the players.
• As the last highlight of the year, gamigo announced in mid-December that the online shooter Ironsight was released on Steam and that the major update “Recovery”, which offers two maps, a Capture the Flag mode, new weapons and much more, was also released.
PubNative

• Marking their first major contribution as a member of the Prebid Mobile Committee, PubNative have released the demo Dr. Prebid app for Android. The app assists in the provision of publisher solutions by enabling header bidding on mobile apps. The input marks a milestone in PubNative’s ad transparency advocacy – strengthening customer trust in digital advertising.
• PubNative’s EU Data Center has gone fully live and it has already increased revenues since its launch. It will play a crucial role in GDPR compliance and opens up access to the EU market for their advertising platform.
• Sellers.json is now available on PubNative’s domain – bringing them a vital step closer to a fully transparent advertising ecosystem. It will be used as a partner tool to app-ads.txt, an anti-fraud initiative by the Interactive Advertising Bureau (IAB). Sellers.json is a dynamic document listing all of PubNative’s publishers and their publisher IDs to be used by demand-side platforms looking to verify connections between PubNative and publishers.
Applift
• Applift have defined and implemented a new client onboarding process, assisting them in the significant reduction of churn rate. The process’s focuses include: better defined campaign processes, hitting KPIs, improving integration, and the sharing of campaign data to automate adjustments – allowing for the early prediction and identification of challenges before they evolve into significant problems.
• Following the recent launch of their new Advertiser Portal, Applift have already completed their first round of improvements, including the addition of Japanese language functionality, time-zone customization support, improved accuracy, and enhanced user-experience. It will be a focus of attention at the upcoming ad:tech Tokyo Trade Show where Applift have been exhibiting for over five years.
• In a hiring push, Applift are beginning their expansion into new territories including Turkey, Colombia, Mexico, South Africa, UAE, Australia, Poland, and France. This comes alongside business team expansion in existing markets, notably in the US, Brazil, China, India, and Indonesia.
ReachHero

• ReachHero held their first Sociallight influencer and brand event. Its 100+ participants included top influencers, startups, and representatives of major brands such as Red Bull and Disney. Following a showcase of ReachHero and their exclusive influencers, brands were given a chance to engage with them directly at an evening networking event. Planning for next year’s event is already underway.

About Media and Games Invest plc:
Media and Games Invest plc, MGI, is a fast and profitably growing company focusing on a “buy, integrate, build & improve” strategy through organic growth and acquisitions in the media and games markets. Technology is actively used to create efficiency improvements and competitive advantages within the group. Synergy and integration potentials are important criteria for the expansion of the portfolio. The most important investments include gamigo AG, a fast-growing gaming and media company, ReachHero GmbH, a leading influencer SaaS platform, Applift GmbH, a leading media company specializing in mobile advertising, and Pubnative, an SSP platform for mobile advertising. Media and Games Invest is listed on the Frankfurt Stock Exchange and on XETRA.